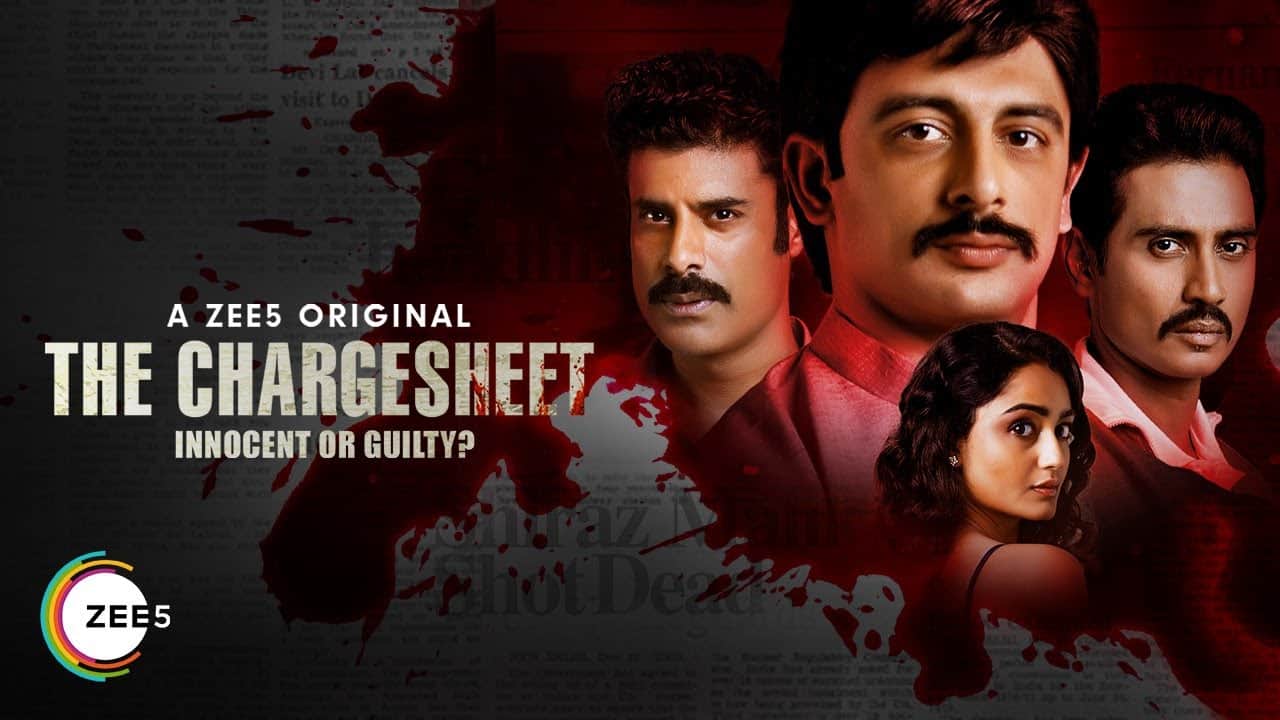 Shiraz Malik, a national table tennis player, is murdered. The first person to come under the lens of suspicion is his wife. She is allegedly having an affair with politician Ranveer Pratap Singh. A CBI officer struggles to connect the threads, which could help him solve the mystery behind this murder. Ranveer’s wife finds the need to reach deeper into the truth of the gory crime. Two lawyers stand strongly at court defending their clients, making it difficult for anyone to find out the person behind it all.

ChargeSheet is a ZEE5 Originals murder mystery that will keep you engrossed the whole time. Every time you feel that you know who the murderer is, the characters will give you a new reason to believe otherwise. This exceptionally directed show has just eight episodes and by the end of the last episode, you will be sitting back in amazement in how everything is pieced together to make perfect sense.

With a cast of proven actors like Arundoy Singh, Sikander Kher, Satish Kaushik, Shiv Pandit, Tridha Chaudhary and Hrishita Bhatt, the show has received acclaim from a large audience that seems to be leaning more and more towards murder mysteries. Director Shashant Shah has created every scene with outstanding attention to detail.

The show is based in the early 90s and perfectly mimics the environment and fashion sense during that period. All the actors define their personalities amazingly well through their dialogues and actions. ChargeSheet uncovers the story from different perspectives. One of these includes the viewpoint of the dead tennis player as well. Steeped perfectly in politics, adultery, sports and glamour, this is a show brewed for success.

All the eight episodes of Chargesheet: Innocent or Guilty are available on ZEE5 now. It is easy to get hooked to the series because of the cliffhangers at the end of every episode. It is also rumored that the series is greatly inspired by the death of sports star Syed Modi in 1988. Creators of the show have emphasized on the fact that Chargesheet is clearly a work of fiction and resemblance to the real-life story and murder of Syed Modi is purely co-incidental.

Viewers have loved the plot and how it unfolds episode after episode as we try to figure out who the murderer could possibly be. Actors play their parts perfectly and several popular faces will be seen on the show. After the success of several murder mystery shows in India, we can safely assume that the audience is easily addicted to such shows.

A lot of viewers have also been leaning towards real-life stories which cover murder mysteries. Many murder mysteries, which received national footage, have been turned into shows. Even when we know who the murderer is, we seem to have developed an appetite for shows which can tell us how it was planned or carried out. While non-fictional shows have an appeal, fictional series like Chargesheet have also become highly popular among the Indian audience.