“Music is everywhere, you just have to listen”. I don’t know who said that. But I heard this quote in the movie “AUGUST RUSH” and it changed my life. It changed my perception about life, the way I used to see life. Everything changed in less than 2 hours. The quote is absolutely correct.

Music is in everything. Most of the people call the songs they hear in their ipods, laptops, computers, mobile phones, other mp3 players etc as music. It is music, no doubt about that, but only that is not music. Music is something universal. It lies within everything that lives on this planet earth. From moving traffic to blowing wind to your daily chores have music to it. So what is music?

According to me, music is something that is pleasant to your ears, has the power to draw your attention to it and can move you. My mother’s voice is music for my ears. Music is something so powerful that even plants respond to it. Don’t believe me, believe google. Plants grow faster when they are in an environment with soothing music. Unbelievable? Well, believe it.

What I like to say is “god created man, man created music, man became the god”. Yes that is an original by me. What I want to convey by that is that music is most powerful thing in the whole universe. Its common to everything that exists. It doesn’t belong to a man or a country or a planet. Even blackholes have their own music.

Music is the only thing that can be related to every human emotion. It can make you laugh, make you cry, give you goosebumps, make you jump, make you wanna dance, make you headbang, form moshpits, wall of deaths. You have music for every mood. I have 7 different playlists in my phone for my different moods. It doesn’t get better than this.

So, to cut a long story short, everyone can have different definitions as to what music is, but everyone knows the power it posses. In end I would like to say that it’s not god that lives in everything and everyone, it’s music(or maybe both).

A musician and writer by choice while an engineer by profession.... music is something that runs in my veins... doesnt mean i am from a musical background.. no my family aint related even a bit to music and the idea of being a musician is forbidden. but still. you cant stop whats gonna happen. adventure is something i crave for. and photography my life. i believe that either love what you do or dont do it at all. 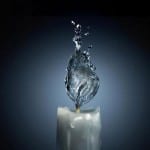