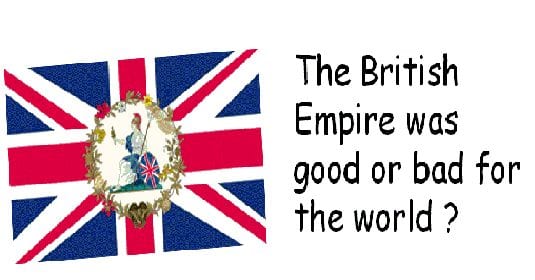 British Empire by 1922 ruled over 25% (33,700,000 km2) of the world’s land area and over 458 million people. It was said that the Sun never sets for the empire. The country half the size of France made this possible through superb organizational skills of the “White” Empire builders. the saying that the “sun never set on the British Empire” was very close to the truth: because of its geographic spread, some territory, somewhere, was always in the daylight hours.

We are not going to talk about how great explorers or exploiters they were. Well the British wanted every kingdom wants to do i.e.

power and land. And British were really good at getting both of these. But with so large a kingdom they could have made a better place to live but instead they end up ruining every land they set their foot on. British created divisions in the society based on social status, money and the “Color of skin “.

British and the slaves

But at that time slavery was considered normal, and was backed by the Church as right. It was accepted that Africans were put on earth by a benevolent God to be used by the white man. Furthermore, Africans and Arabs sold the slaves to the white slave trader; guilt can be shared. The British were the first to abolish the Slave trade and then slavery. The Boer war is always used as an anti Empire argument. But it was considered a disgrace at the time. The word ‘concentration’ was used for camps where Boer women and children were kept, to stop them from helping their men fight the war against the British. Many died of measles, most of them children, but it was not the plan.

The belief in white supremacy, which justifies slavery, was the glue connecting all classes of British society. Transporting, storing and processing raw material from the colonies on which British industry depended provided work for sailors, docks, and warehousemen. Trade with the colonies gave employment to millions of workers in industries such as textile, shipbuilding, and arms

The British felt every other human, not of their color “white” inferior to them. They used them and exploited that colonies resource for the upliftment of their empire and also neglecting the needs of the local population.

The British discriminated with other black, so we can understand that but with this, the British greatly discriminated in their own self as well. Like in Britain you were not allowed to do thing thought to be “royal” and were reserved people of the high class. Like people weren’t allowed to play many sports including golf and cricket. Now what people would do this, discriminating their own countrymen.

Government based on being “Lord” or “Common”

Unlike the House of Commons, membership of the House of Lords is not democratically elected[2] but attained by inheritance, by appointment, or by virtue of their ecclesiastical role within the established church (Lords Spiritual). The Lords Spiritual are 26 senior bishops of the Church of England. The Lords Temporal make up the rest of the membership; of these, the majority are life peers who are appointed by the Monarch on the advice of the Prime Minister; In these appointments, a form of the convention has grown to appoint party Working peers and to appoint merit deserving Commonwealth citizens. Membership was once a right of birth to hereditary peers but, following a series of reforms, as of 2011 only 90, elected by the House from the hereditary peers, remain as members, who are elected from amongst the Peers of the Realm as a whole.

Rulers have made divisions in the society to make people feel they are being ruled by someone privileged to rule them. Adolf Hitler too appointed a team of specialist to make his personality appear to be too perfect, he had a personal speech therapist, all of his pictures were edited and special writers wrote his speeches.
British did colonize the world and made people in parts of the world they ruled to live the way they lived. Before British India was a very different place, maybe it was good that they came to India. But India was pretty good before them as well in the rule of Mughals.
British did the best thing is that they united India into a single nation; they told us what is being “patriotic” to the nation means.

Well, we(Indians) will always hate the Britsh for diving united India. But the British thought that they were doing good to the nation and were actually helping the country’s population.
The partition was to happen in some years of time and not in a few months. This was a bad decision by British and they will ever be cursed for this as the partition of British Raj India into India, Pakistan & Bangladesh resulted in a loss over 1 million lives and 14 million homeless people.

A Commonwealth realm is a sovereign state within the Commonwealth of Nations that has Elizabeth IIas its monarch and head of state.The sixteen current realms have a combined land area of 18.8 million km² (7.3 million mi², excluding Antarctic claims), and a population of 134 million;
the nations include United Kingdom, Canada, Australia, New Zealand, Jamaica, Barbados, the Bahamas, Grenada, Papua New Guinea, the Solomon Islands, Tuvalu, Saint Lucia, Saint Vincent and the Grenadines, Belize, Antigua and Barbuda, and Saint Kitts and Nevis.

So, we are stuck with whether the British were good to the world or bad. But I guess they were neutral to the world. They took a lot from the different colonies but also taught a lot to the world.

The position at the top which once was enjoyed by the British is somewhat now in the hands of USA. The US is stated as the most powerful nation of the World. We will soon see the impact of US on the globe. 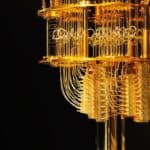 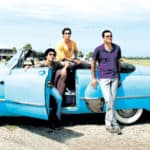