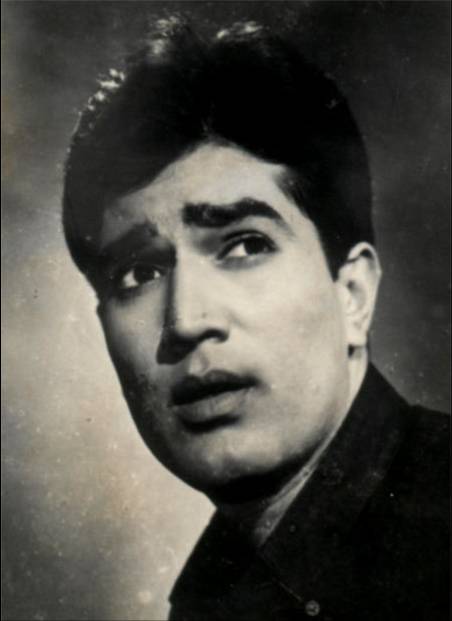 RIP Rajesh Khanna: Kaka, we will miss you

“Anand mara nahi, Anand marte nahi…” This epic dialogue from the classic movie Anand in 1971 where Rajesh Khanna portrayed the role of a patient suffering from lymph-o-sarcoma of intestines again uprooted when the breaking news of Kaka’s death flashed on news channels. Unmitigated grief and pain certainly shrouded the nation after the big loss of the great actor at the age of 69.

Born as Jatin Khanna, he emerged as the first superstar of Hindi cinema with his typical charming style and handsome visage. Nonetheless, his widespread fan following determined the level of his fandom existing all over the nation.

‎”Babu moshai! Mujhse mere fans koi nahi cheen sakta…” probably his last words we’ll always remember from the Havells’ commercial where the old Kaka came and spoke these words in his typical musical accented way. Truly said by the great man, his acting career dating from ‘Aakhri Khat’ in the year 1966 till the pinnacle of his career remained a gold plated saga. From ‘Aradhana’ to ‘Ittefaq’ or ‘Do Raaste’ to ‘Safar’, or either from ‘Kati Patang’ to ‘Anand’ or ‘Amar Prem’ to ‘Bawarchi’, his acting career has been uniquely defined in any genre of acting. It was said that the roles played by Kaka were truly made for him exclusively.

Rajesh Khanna was awarded the Filmfare Special Award in 1991 for achieving unique feat of having played main male lead hero with 101 films as the solo lead hero within completion of 25 years in Indian Film Industry and starring in just 21 two hero films till 1991. He won three Filmfare Award for Best Actor and was nominated for the same fourteen times. He was awarded the Filmfare Lifetime Achievement Award in 2005.

Rajesh Khanna’s on screen pair with Mumtaz and Sharmila Tagore together gave many successful hits and the songs played in his films with Kishore Kumar in the playback are even popular today. Rajesh married Dimple Kapadia in 1971. However, the couple separated after eleven years from their marriage. Dimple and Rajesh Khanna had two daughters named Twinkle and Rinke Khanna who have been a part of Bollywood lately. He also played a part in politics from 1992 till 1996 where he was the Member of Parliament from New Delhi constituency for Congress Party.

In June 2012, Rajesh Khanna was reported ill and admitted to Lilavati Hospital in Mumbai and suffered constant deterioration in health there after. On July 18, the legend left the world in grief.

While the legend’s soul rests in peace, we can still portray him saying, “Ro mat Pushpa! I hate tears…”