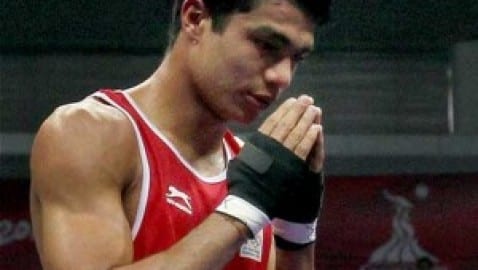 Indian sports and controversies are like best friends. Controversies appear out of nowhere every time for India. This time it happened at Olympics in boxing. Asian Games gold medalist boxer, Vikas Krishan was declared as the winner on Friday in the pre-quarterfinals of the welterweight class. But later India suffered a huge shock when it was declared after review that he lost.

Earlier Vikas Krishan was declared winner against American Spence Erros by 13-11 points. Vikas had a lead of 4-2 in the opening round and a lead of 9-8 in the second round. In the third and final round he added more points by attacking more. And finally won the game.

But the American camp was not happy with the original decision and they made an appeal for a review. Charles Leverette, American coach said, “If we don’t clean it up boxing will disappear. There will be a flood and we will sink. I know it and the athletes are sick and tired of it’.

Spence Erros was disappointed too but he took a gracious step and wished Vikas Krishan ‘the best’ and hoped that ‘he wins the gold medal’.

But Then The Tables Turned

After reviewing the bout, the competition jury changed the final decision in favor of Spence Erros declaring him as the winner by 15-13.

Brig. Muralidharan Raja, the secretary general of the Indian Amateur Boxing Federation (IABF) and the acting Chef de Mission of the Indian contingent said, “They said that Vikas should have been given two warnings for holding in the third round after a caution earlier’’.

That’s why they added four points to the American resulting in his victory by 15-13. Now instead of Vikas Krishan, Spence Erros will against Andrey Zamkovoy of Russia in the quarterfinals on August 7.

Brig. Raja informed that India is lodging a protest. India’s boxing coach, Gurbax Singh Sandhu accepted the decision. He was disappointed too but he said that ‘a rule is a rule’.

India’s hope for another medal by Vikas Krishan seems to be dying after this dramatic controversy. 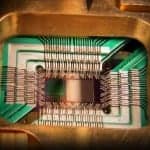