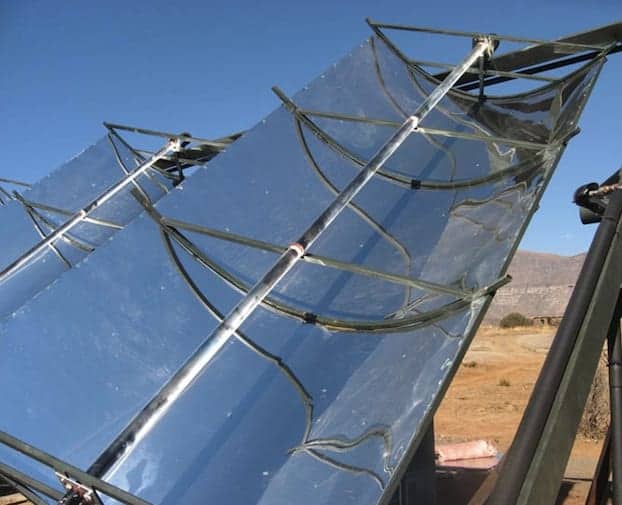 Solar Turbine Group or STG International, a nonprofit start-up company run by Matthew Orosz, MIT engineering PhD candidate and his colleagues has developed an alternative: a heat-powered generator which gets its energy from the sun.

The system uses parabolic mirrored troughs to concentrate sunlight on pipes at the center of the troughs. This can heat the fluid running inside the tubes up to 320 degrees Fahrenheit. The heated fluid goes to chamber where is drives a generator by expanding and produces electricity. The hot fluid can also heat water which ends the need of an electric heater. The fluid recirculates after losing heat, through the pipes and gets heated again by the sun.

The principal behind the design is old. The engineers just made the design that could be powered by the sun.

Currently the system is being tested in Lesotho in southern Africa. Hot water is a big issue in that area as it is quite cold during the winters there. And health care workers are unwilling to wash their hands without hot water.

Matthew Orosz  said, “The idea for the system came when he worked as a Peace Corps volunteer in Lesotho, and that’s where the company plans to have five fully operational systems in place for field-testing at remote health clinics. It will be a good alternative for such clinics which are too far away from cities to get reliable fuel or where there isn’t enough sunlight to power solar panels.”