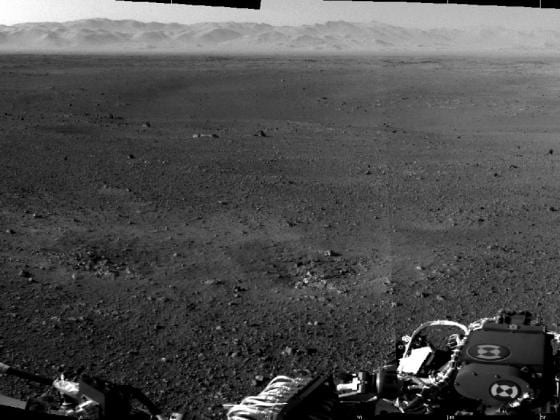 Just as we like to keep our computers and smart phones up to date  with the latest software, same is the case with NASA. NASA is trying to keep the Curiosity rover’s software up to date from 350 million miles away.

The team at NASA has finished working on the update for curiosity’s software. Ben Cichy, Curiosity’s chief software engineer explained the need of the software update. He said that the software for helping landing of Curiosity and the software to drive and avoid obstacles on Mars is totally different. And since Curiosity doesn’t has that much memory to hold both the softwares so the software had to be swapped out remotely after landing.

Ben Cichy says, “We had to be really, really careful, we didn’t want to ‘brick’ the rover and end up not being able to communicate with it anymore. We were very methodical.”

Curiosity takes photographs of Mars during the daytime when there is proper light and switches to a low-power state during night just like a laptop in hibernation mode. A thermoelectric generator recharges Curiosity’s battery during this low-power switched state and makes it ready for the next day. Even during hibernation, heaters remain on as well as the system that wakes Curiosity up in the morning and reboots its computer.

Initially on the first day of the software update, a temporary version of the new software was deployed Curiosity’s computer and was held in RAM only. This was done so that it could revert back to its previous version when restarted.

The process  took 4 days because every interaction took about 30 minutes, 14 minutes for  sending signal and 14 for getting a response back from the rover in space. Even though the actual process required only a few minutes but the whole process became painfully slow.

But the good news was that there were no problems at the end after the update. Everything went smooth and fine, just took too much time though. We should be happy that our software updates don’t require four days.