The Union Tribal Affairs Ministry today called the anti-Naxal operation that took place in Chhattisgarh completely unacceptable and targeted the state’s BJP government. In total, 19 people were killed in this operation which are suspected to be common villagers. The Tribal Affairs minister, V Kishore Chandra Deo has said about raising this issue in front of Home Minister, P Chidambaram.

Deo said, “I am getting inputs from various sources. We have to get to the truth. It is completely unacceptable. State government does not have any authority to call such an action. We are trying to get further concrete information on the event and it will be done as early as possible. Then I will discuss it with my colleague in the government.”

Deo called the Chhattisgarh government ‘notorious’. He added, “Salva Judum was one of such notorious movements by the Chhattisgarh government which I had opposed as a Member of Parliament”. About Naxals using villagers as human shields, he commented, “These things are completely not acceptable to anyone. But at the same time indiscriminate firing by security forces is also wrong.”

He said that the women and children of tribal areas suffer the most due to such operations.

He said, “For how long our tribal people will be used as cannon fodder in the name of action against naxals, especially women and children. We need to protect them and address their issues and protect their dignity”.

The anti-Naxal operation in which 19 people were injured, took place last week has became controversial now. Questions are rising about Naxals using innocent villagers as ‘shields’. Chief Minister Raman Singh has claimed so that they were using humans as ‘shields’.

In the jungles of Dantewada district of Chhattisgarh, 19 Naxals were killed during the night-long operation on June 27-28 involving over 300 CRPF and state police officers. 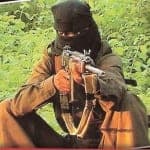 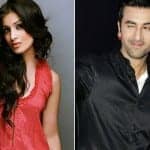